The Air Despatch Memorial in Oosterbeek is a memorial to commemorate 79 member of the Air Despatch Squadron who died during the Battle of Arnhem. It stands close to the Airborne Cemetery.

On the Memorial stands the following text:
„Dedicated to the memory of the air despatchers of the Royal Army Service Corps who, together with aircrew of the Royal Air Force and the Royal Canadian Air Force, gave their lives in valiant attempts to resupply the Airborne Forces during the Battle of Arnhem (Operation Market Garden)
18th – 25th September, 1944

Erected by their comrades and air despatchers past and present, with the generous assistance of the burgomaster and aldermen of Renkum and other kind Dutch Friends.
18th September, 1994”
https://www.tracesofwar.com/sights/340/Air-Despatch-Memorial-Oosterbeek.htm 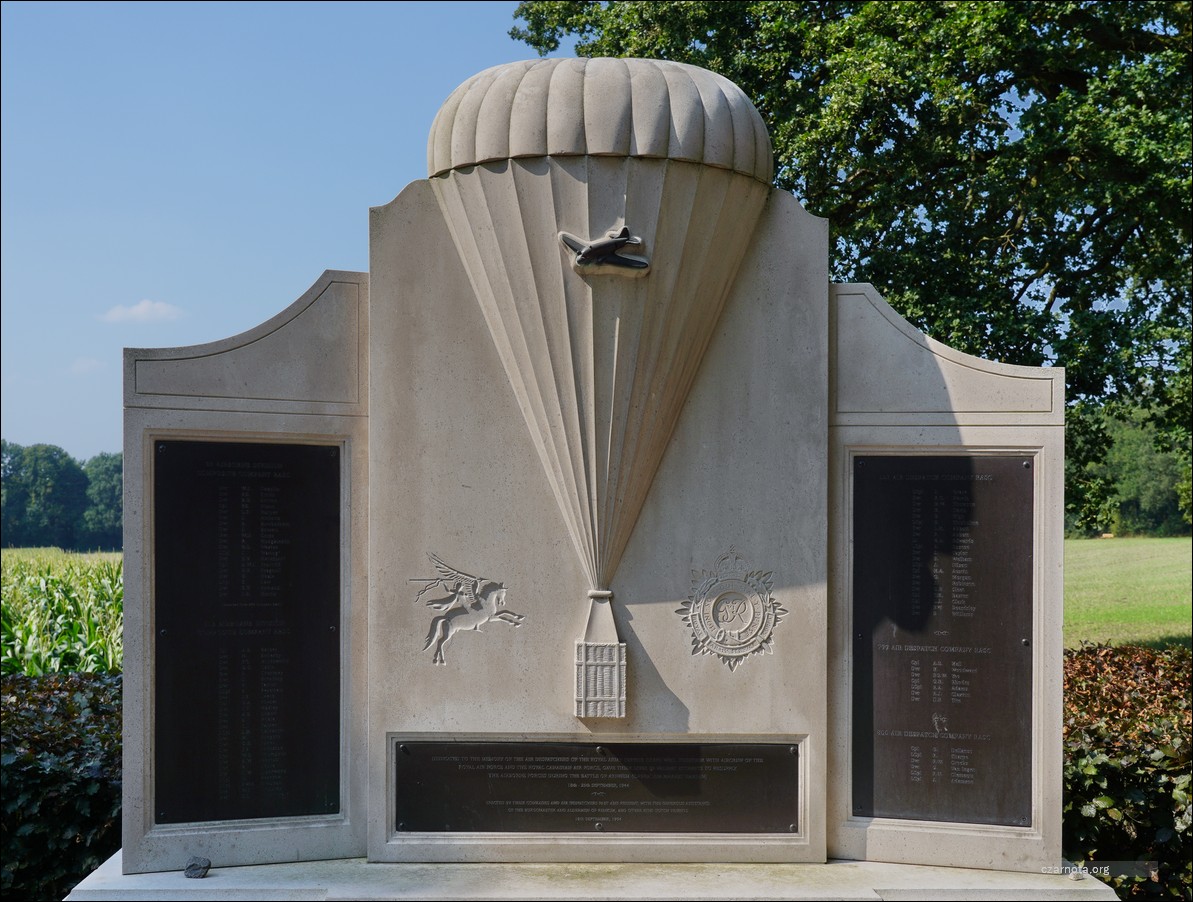